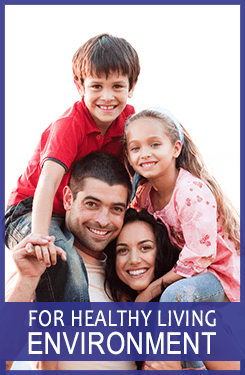 There are 4 different castes of adults:

1. Queen & King:
The queen and king are the original winged reproductives (alates). When a new colony is formed the pair must feed and care for the young until there are sufficient soldiers and workers to take over the duties of the colony.

2. Nymph (Pseudergate):
This caste is a ‘worker like’ caste. It is the most abundant caste in the colony, performing all the tasks in the colony except defence and reproduction. It is this caste that does the damage to timber.
Unlike the true workers in other families of termites, the nymphs may either: Continue as nymphs; Moult to presoldiers and then soldiers; Moult to reproductives, ultimately reaching winged reproductives, and leave the parent colony; or Form functional reproductives (neoteinics) in the same colony.
Males and females whose sexual organs and characteristics have not developed. Wingless, blind and sterile. Thin cuticle which makes them susceptible to desiccation. Will only leave the security of underground tunnels and shelter tubes when humidity is high or in the search for new food sources.

3. Soldier:
Most distinctive caste and the easiest caste from which to identify a species. The role of this caste is to defend the colony. Males and females whose sexual organs and characteristics have not developed. Like workers, they are susceptible to desiccation and seldom leave the colony or shelter tubes. The fontanelle is used to discharge a secretion associated with defence, since it is a repellent to ants and other enemies of termites.

4. Reproductive:
The future kings and queens. Having compound eyes, they are darker in colour and have a more dense cuticle than workers and soldiers. They are often larger. When fully winged (alates) a colonising flight will occur when humidity and temperature conditions outside approximate the conditions inside the colony, normally in summer months.